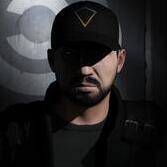 What can we expect?

By Shavock, April 7 in Warp To Me Local